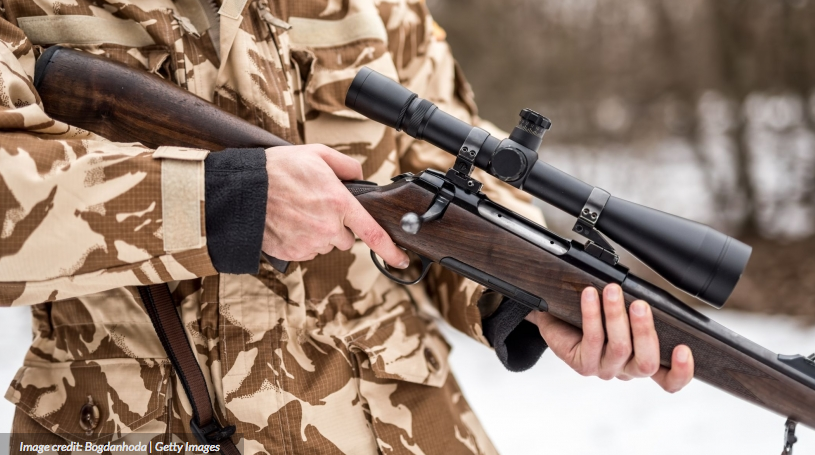 If I had a dollar for every time I was distracted, I wouldn’t be an entrepreneur; I’d be hanging out on Necker Island.

I’ve always been a wild card when it comes to schedules, routines and the ordinary. I have no interest in completing mundane tasks, and I frequently find myself obsessed with learning new skills and reaching new goals. However, after I develop these skills and achieve these goals, I instantaneously lose interest in them.

I know I’m not the only entrepreneur who has this passionate yet easily distracted personality. When left untamed, it can result in a never-ending cycle of procrastination and frustration. But, if channeled productively, it can be just the trait we need to lead our companies to the promised land. In a recent interview, Hootsuite’s founder Ryan Holmes mentioned that learning how to “focus” and “follow through” were keys to his success as he built his billion-dollar company.

When clients have demands, complex problems need solving and the necessity of innovation becomes the redheaded stepchild who won’t shut up in the back seat, entrepreneurs can’t allow their scatterbrained nature to distract them from the pivotal tasks on their plates.

Earlier this year I attended a daylong retreat run by licensed therapist Douglas Brackmann and former Navy SEAL Randy Kelley — the founders of the Dasein Institute. Though the event was held at a shooting range and much of our time was spent shooting weaponry, its mission was to teach entrepreneurs how to channel their focus.

Before handing us the guns, Doug and Randy explained that the human race is primarily made up of two personality types: “hunters” and “farmers.” Here’s a survey that tells you which one you are.

The vast majority of the world falls into the farmer category, gravitating toward sedentary, risk-averse lifestyles that are full of routine and predictability. Hunters, on the other hand, are the stereotypical entrepreneurs of the world. They get bored easily, and steady growth makes them antsy. They believe the grass is always greener on the side they’re not standing on.

As a hunter through and through, I’ve always viewed my persistent desire for improvement as a deficiency I needed to cast aside in order to focus. However, after attending this retreat, I learned that this trait is what makes entrepreneurs great — and it should be channeled, not banished.

I remember the exact moment I came to this realization. My eyes shifted down the long end of my sniper rifle, and the world stood still. My heartbeat slowed, and air from my lungs exited my mouth as peacefully as a morning breeze. I gently pulled the trigger until pop! The rifle fired, and two seconds later, a ting rang throughout the range.

From nearly three-quarters of a mile away, I hit a target the size of a medium pizza. My surroundings came back into focus, and I realized the dozens of other pops happening around me as other shooters honed their skills.

For a trained marksman, this would only be slightly impressive. But for someone who had never shot a sniper rifle before, this was astonishing. Not only had I accomplished a seemingly impossible task, but I also achieved a level of focus that had eluded me for my entire life. How? Through these three strategies — ones that can easily transfer from the shooting range to the workplace:

Companies across the globe — like Google and General Mills — are investing heavily in mindfulness and meditation, making it a billion-dollar industry, according to Wanderlust. However, more often than not, the training that comes along with this investment does not suit the hunter’s brain. It preaches meditation as a relaxation technique that leads to focus, not as a focus strategy that leads to relaxation.

Hunters are occipital-dominant. They’re visual learners, which means they need to see in order to focus. Therefore, if you’re an entrepreneur who is trying to meditate with your eyes closed, stop. You’re wasting your time. Meditation shouldn’t be something that takes you away from work; it should be something that helps you execute your work in a high-quality fashion.

Practice open-eye meditation, a concept rooted in Rinzai Zen Buddhism. This approach is all about freezing time and becoming hyperfocused on the one task in front of you. You engage in a specific type of breathing that tricks the brain and body into an incredibly calm, highly cooperative state. You will feel no resistance to boring or arduous tasks like responding to emails.

Hunters live by the philosophy “Better has no finish line.” They’re always setting new goals and raising the bar. No amount of success is enough. It’s a rather exhausting way to live, and it has potential to also be demoralizing if you aren’t patient and calculated.

There’s a good reason why, according to 2017 data from Statistic Brain, just 9.2 percent of people successfully stick to their New Year’s resolutions. We tend to set grand long-term goals for ourselves, but we overlook the small steps — or microchanges — we need to make in order to get there.

Every big project or goal can be broken down into microchanges. For example, aiming to grow your business by a certain percentage by the end of the year is a laudable goal, but you are better off breaking it down into smaller projects and endeavors that build up to it. Then, along the way, celebrate your progress. As best-selling author Shawn Achor highlights in his book “The Happiness Advantage,” happiness always leads to productivity, but productivity doesn’t always lead to happiness. Recognizing small wins will boost your motivation.

When my team at REP finishes a video project, we celebrate by having a team screening or group lunch — anything that gives us a chance to show love to the people who made it possible.

Anxiety, writer’s block and procrastination are all symptoms of self-sabotage. This is our brain’s way of resisting important high-stakes endeavors. According to research conducted by the University of California, Berkeley and the University of Oxford, this resistance leads to poor decisions. We either settle for less than we deserve or avoid trying things altogether.

But when you think about it, self-sabotage only occurs when you aren’t engaged in the present moment. Our feelings of resistance stem from future anxiety — like when we’re feeling nervous about an upcoming important phone call.

Related: Don’t Forget the Importance of Living in the Now

Practice presence by learning how to identify the warning signs of self-sabotage. Catch yourself as it happens, and without spite, bring your attention back to what’s directly in front of you. Developing this ability has helped me immensely both personally and professionally. When the pressure of deadlines or wacky client requests starts to make my mind unravel, I acknowledge what’s happening, take 10 minutes to meditate and gather my thoughts (sometimes using the Headspace app), pick the most important objective on my plate and knock it out.

Your easily distracted brain doesn’t make you defective; it makes you an entrepreneur. This is a trait that should be leveraged, not eliminated. So keep your eyes open, practice presence and don’t forget to celebrate your small wins along the way.